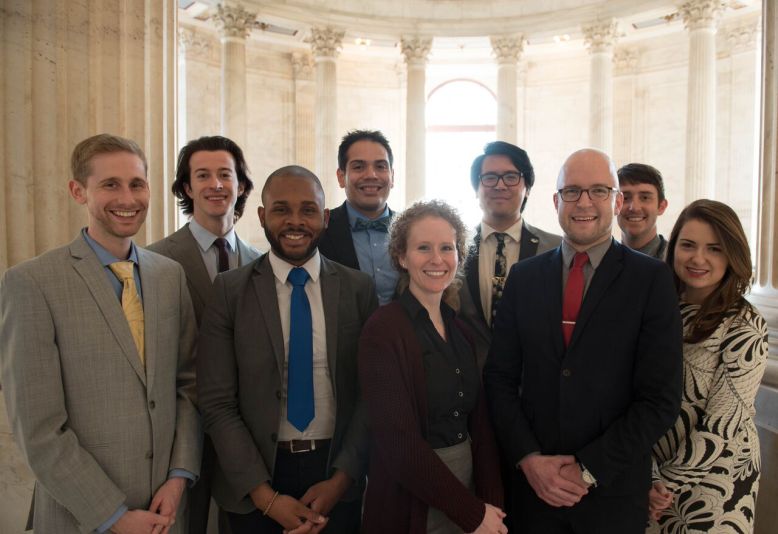 WASHINGTON, D.C. – The GLASS Caucus is happy to announce that it has elected its 2017 Steering Committee. The new leadership has already begun working on programming and events to benefit the LGBTQ and ally community in the United States Senate.

Elections were held on the week of February 20 and the Steering Committee’s first organizational meeting was held on March 7.

At this meeting, Andrew Shine of Senator Tom Carper’s office and Caitlin Hart of Senator Bill Nelson’s office were unanimously selected to serve as Co-chairs of the Steering Committee.

“Our new Board has some of the most dedicated champions in the Senate for LBGTQ voices,” said Shine. “I am humbled to be a part of this select group as we look forward to forging new relationships and maintaining existing ones in an effort to raise awareness of important issues affecting our community.”

“It’s an honor to serve with such a diverse and hardworking group of individuals,” said Hart. “The new board really hit the ground running, and I look forward to continuing GLASS’s mission of raising LGBTQ awareness and being a true resource for LGBTQ Senate staff and allies.”

Additionally, the following positions were selected for the rest of the 2017 Steering Committee members:

The GLASS Caucus is a nonprofit, nonpartisan organization open to all whose purpose is to raise awareness of issues affecting the LGBTQ community, increase visibility and promote the welfare and dignity of LGBTQ employees of the United States Senate by providing a safe environment for social interaction and professional development.